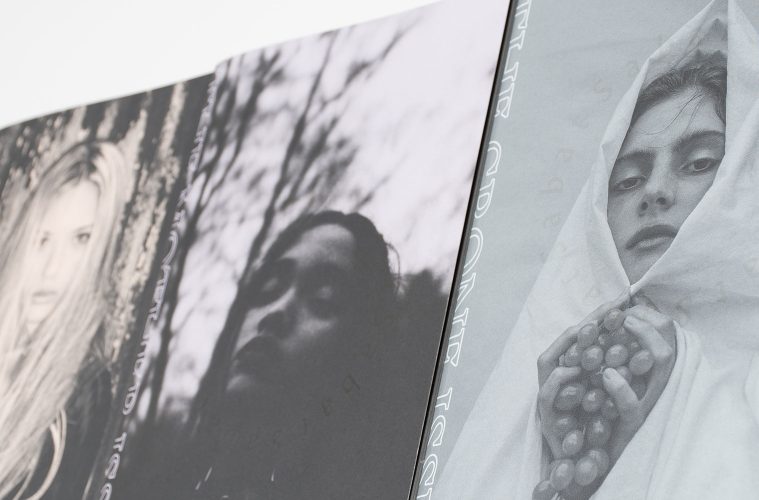 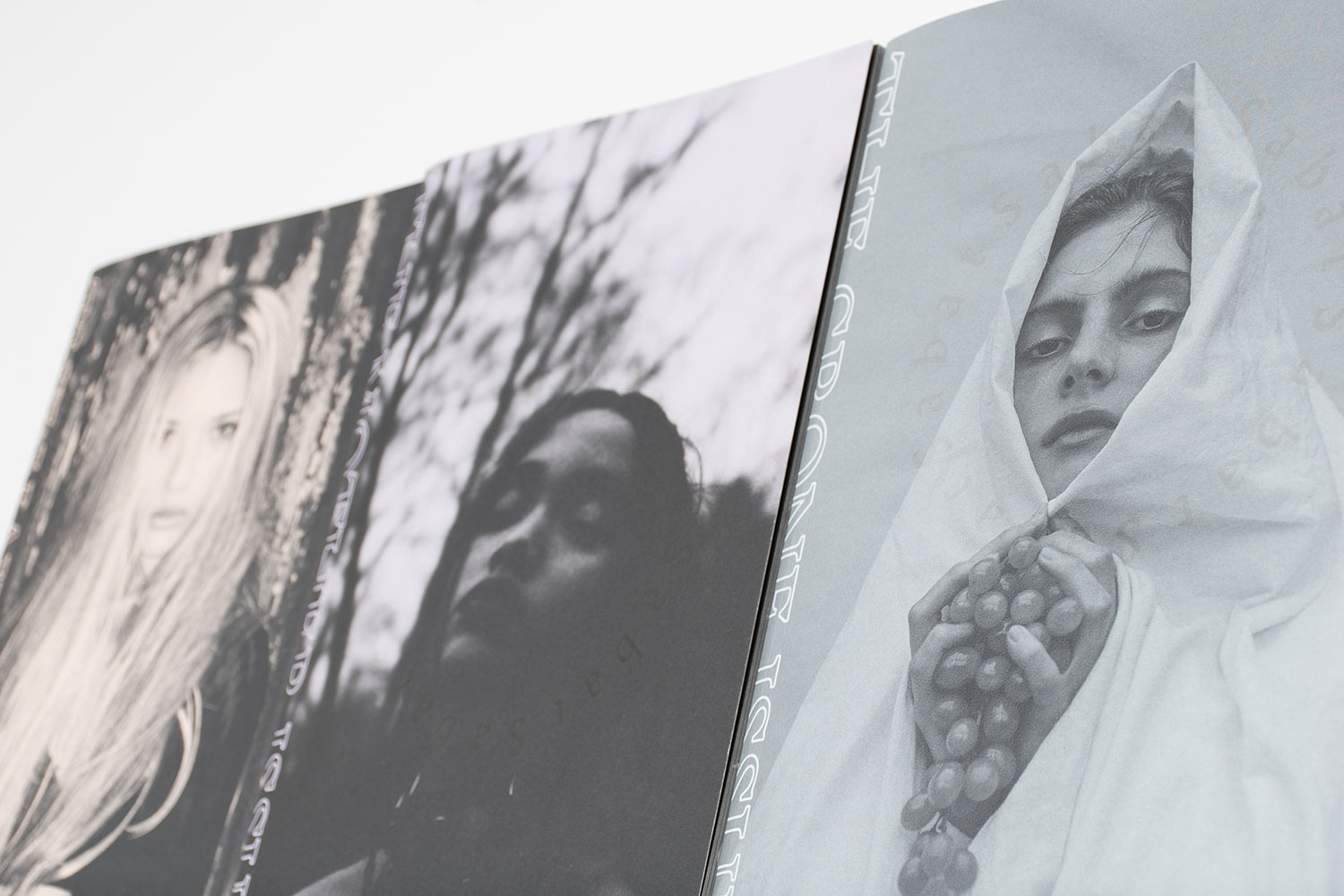 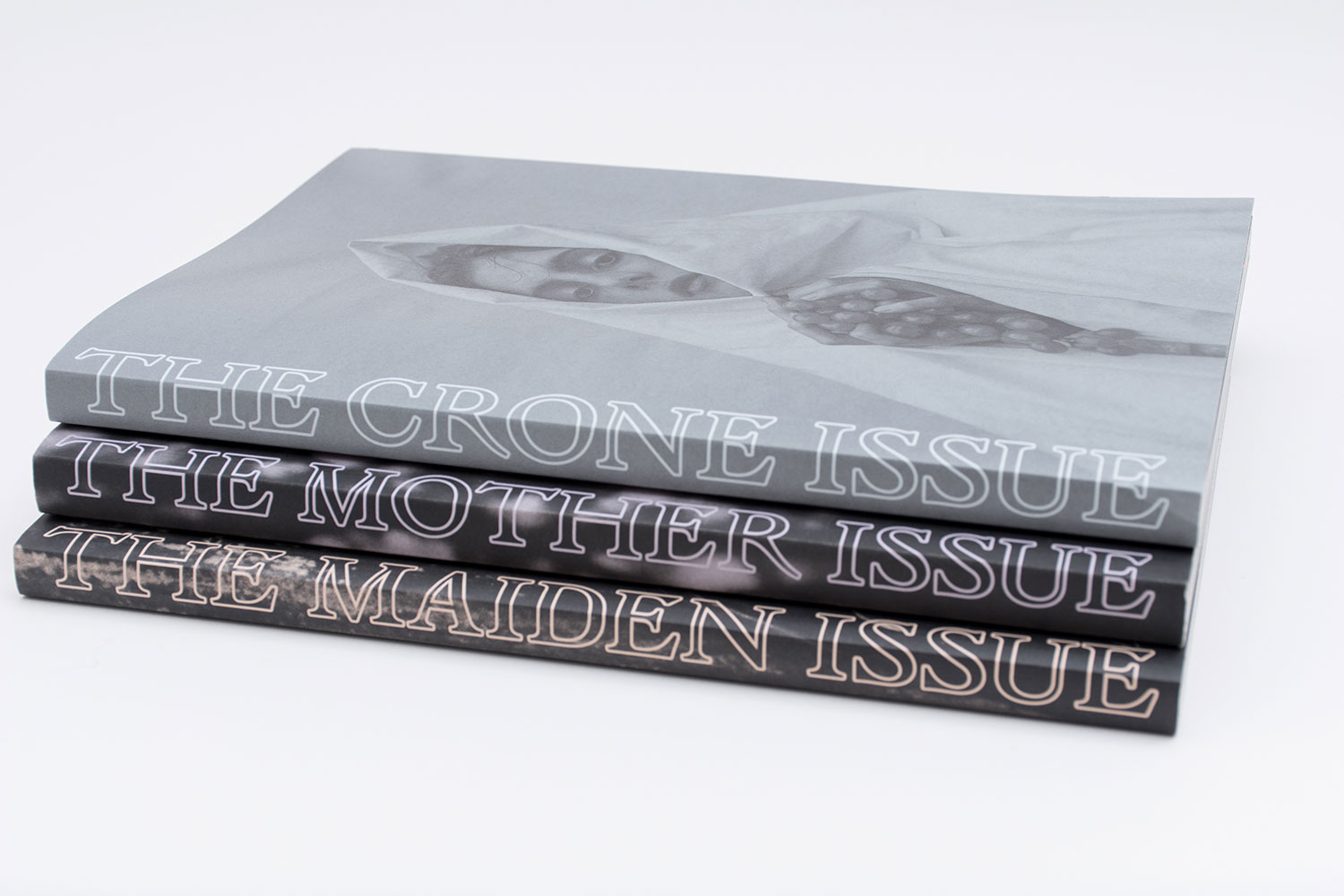 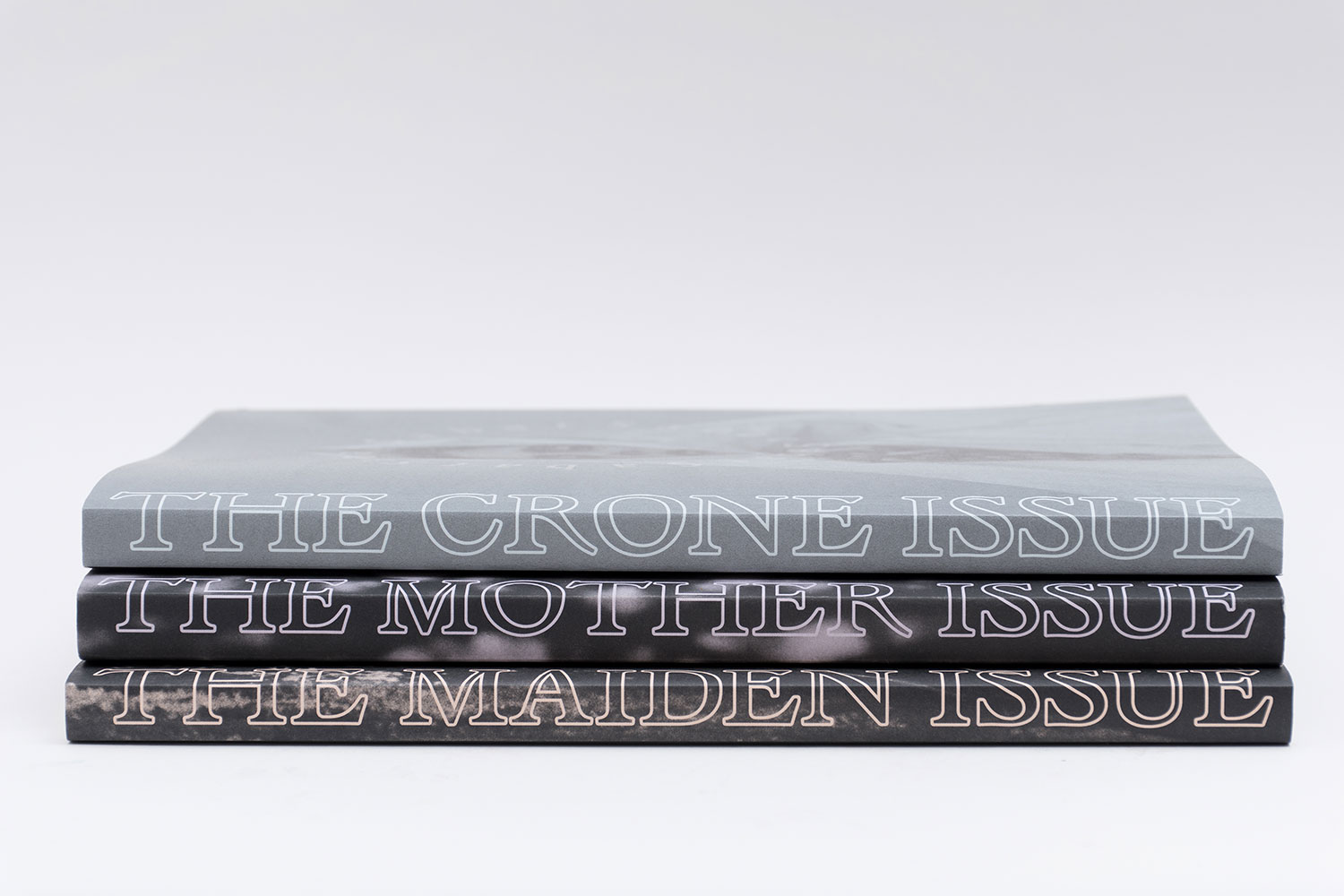 Sabat is darkness full of light. It’s the voice of a lot of womans that, beneath the impressive cover of this magazine, claim their role into the world as witches. It’s a constant exploration of this off the beaten path. It’s feminism, growth, community and, of course, a hymn to the particular esthetic of the wicca’s lovers.

We already spoke about this magazine last Halloween, but we wanted to go deeper into certain aspects of Sabat, which already have three numbers published -each one more elaborated than the other-, according to her founder, Elisabeth Krohn. The chance of speaking with her, has given us a lot of perspective about the gestation, growth and birth of this project. 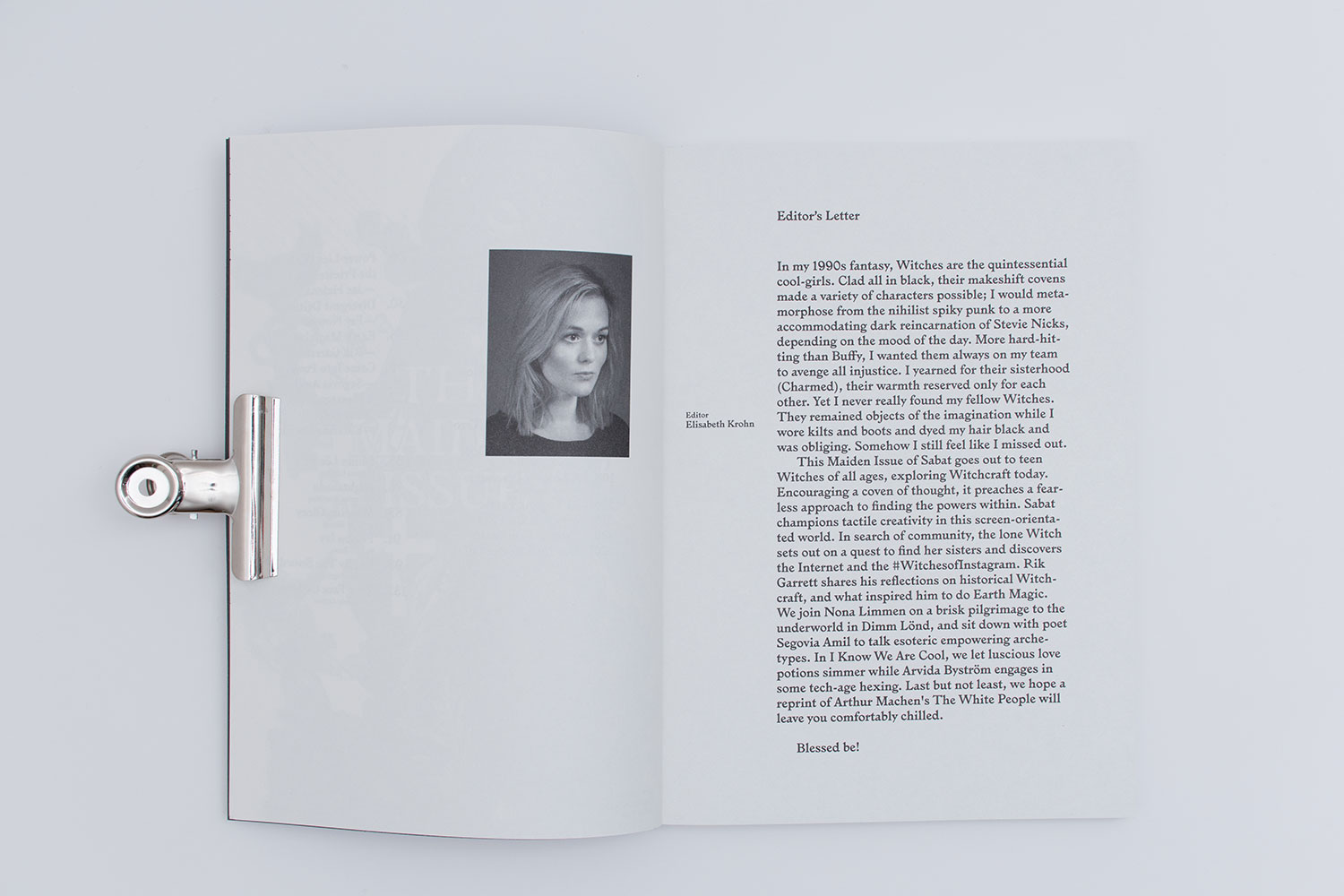 Why a magazine about witches?

Witchcraft has a rich visual history. Right now, a new generation of photographers, artists and writers are exploring this heritage in a fresh and contemporary way and communicating their work online. Working with a concept of the ancient and the instant, we tried to create a kind of micro-cosmos around this collaborative community, but also a publication that is a strong haptic experience. 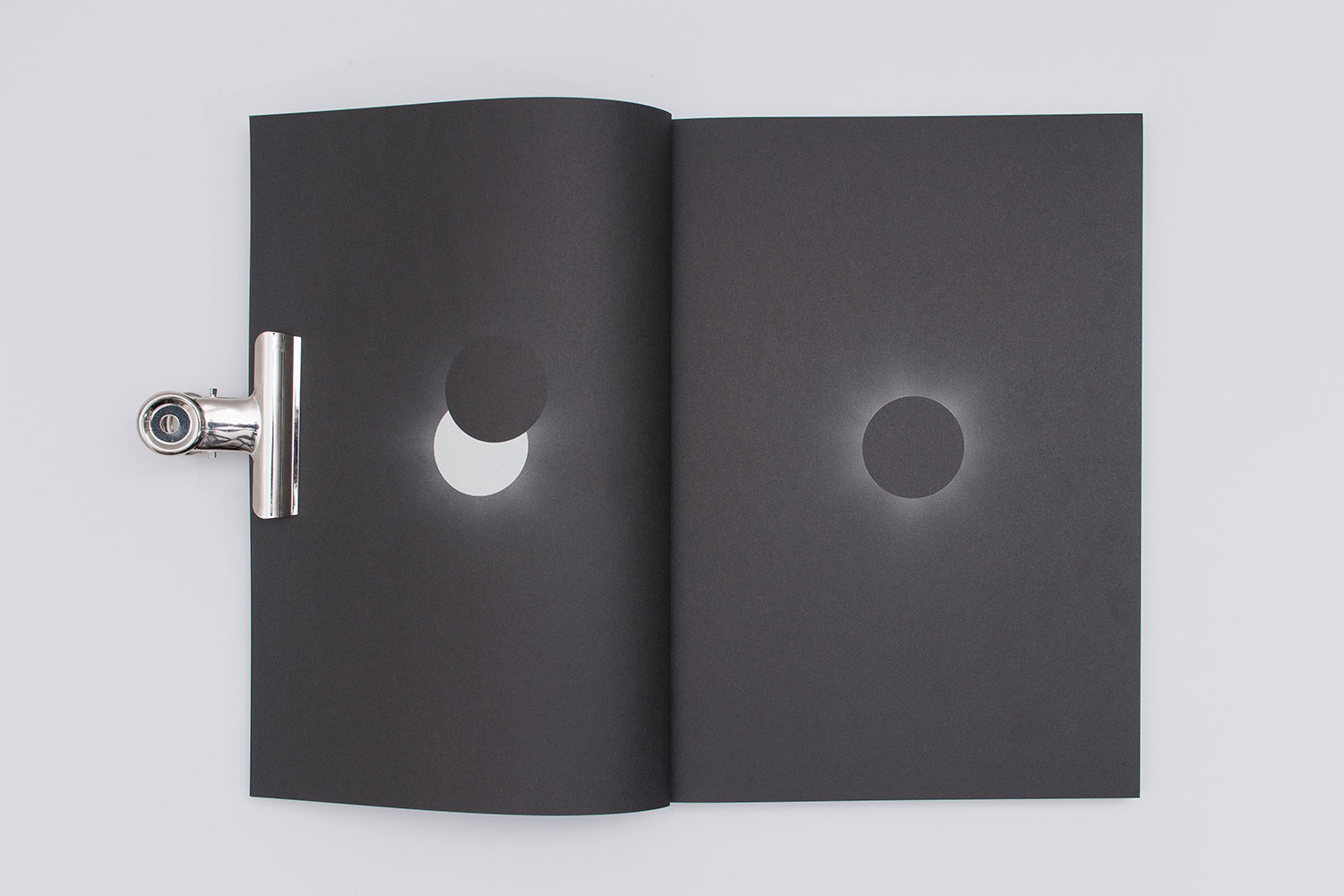 Sabat is full of photographic games through very attractive pictures

In Rayitas azules are very interested in magazines from a design point of view, and Sabat is a great example. How do you decide the general visual Sabat look? Was it something very meditated or more organic?

It’s been a very organic process. I made this zine (called Sabat) about “pop vs. real” teen witches when I was doing my first project for my MA in Journalism back in 2015. Developing the project while still on my course, I found Sabat’s designer Cleber de Campos work on Behance and thought it would be a great fit: I loved his portfolio and when I emailed about what I thought was my very peculiar witchcraft project he got the concept straight away. We collated inspiration, tested ideas and designed the Maiden issue as my final project. The design has evolved throughout the three issues, but we wanted to keep the overall concept and feeling the same. There is always a sense of “I should have done this or that” after an issue is completed. We tried to implement these things for each next issue. Feedback from designer friends and readers also drew our attention to details we’d missed or could rework in some way.

How do you plan the design for a particular article (photo shooting, illustration, etc.)? Is something very closed from the beginning or you let yourselves go?

For the first issue, finding contributors and convincing them I knew what I was doing was a challenge. Cleber and I were making a magazine for the first time, it was not an obvious lifestyle magazine concept to say the least, and in so many ways we were making it up as we went along. Collecting content has become easier with each issue – as the audience and interest has grown we don’t have to chase it in the same way and get a lot of great submissions. This keeps us creative too – more often than not an eight page piece is based off a random submission or content synchronicities that inspire us. 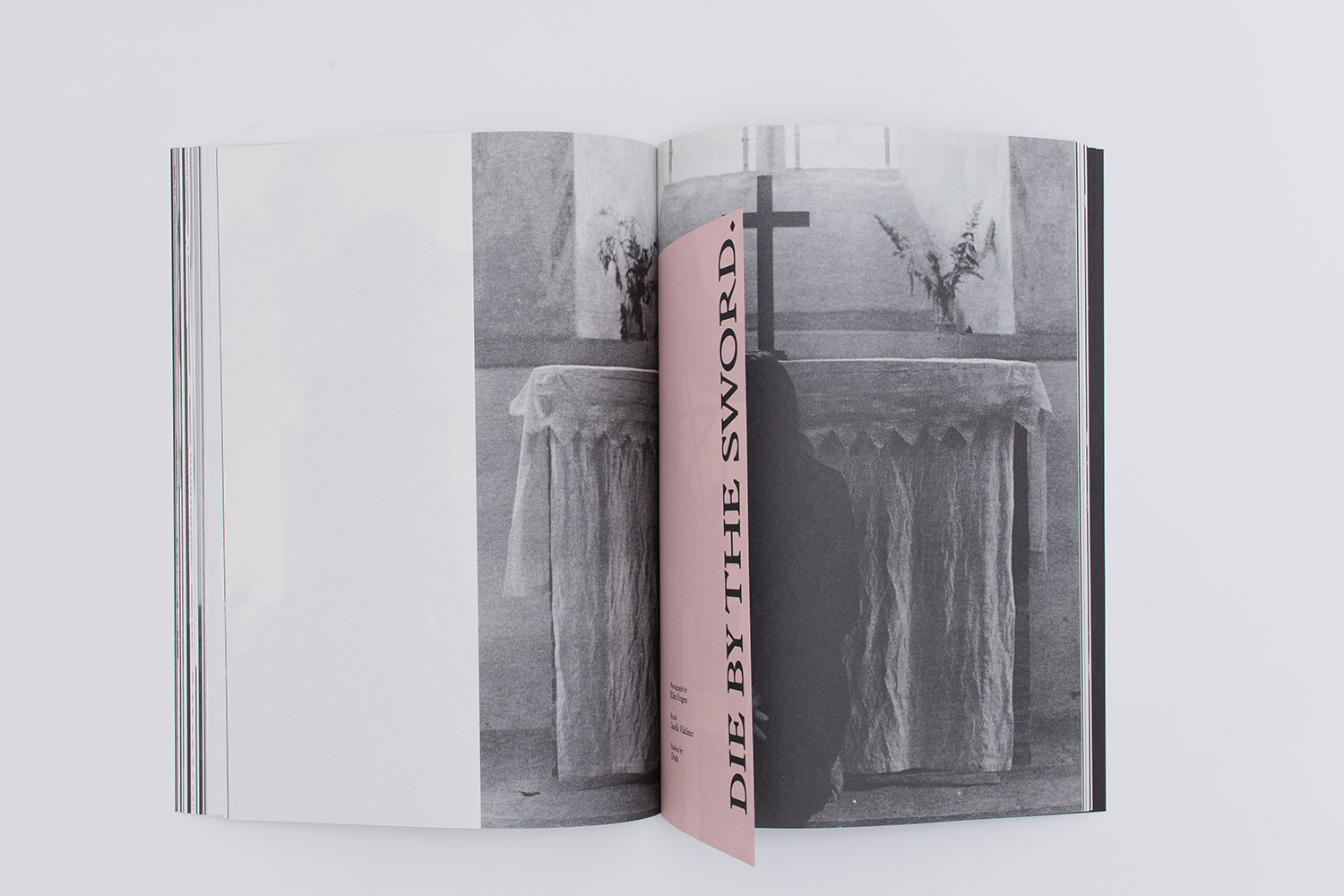 Has designing Sabat been very different from designing other editorial products?

When you design an indie magazine there’s no excuse to make a bad project. We didn’t have any pressure from publishers or advertising companies to make the magazine more commercial or to fit it inside a marketable aesthetic. If we’d ended with something unappealing that would be entirely our fault. That being said we were lucky to find a collaborative way of working where feedback was always instrumental to better our product. With Sabat, we felt that our final outcome was a positive evolution of our initial concepts. Like a ritual, we embraced the process was and produced something that we ourselves could not have foreseen. We’re a niche product where we and our contributors also take part in the scene – that also helps a lot in the decision making process. 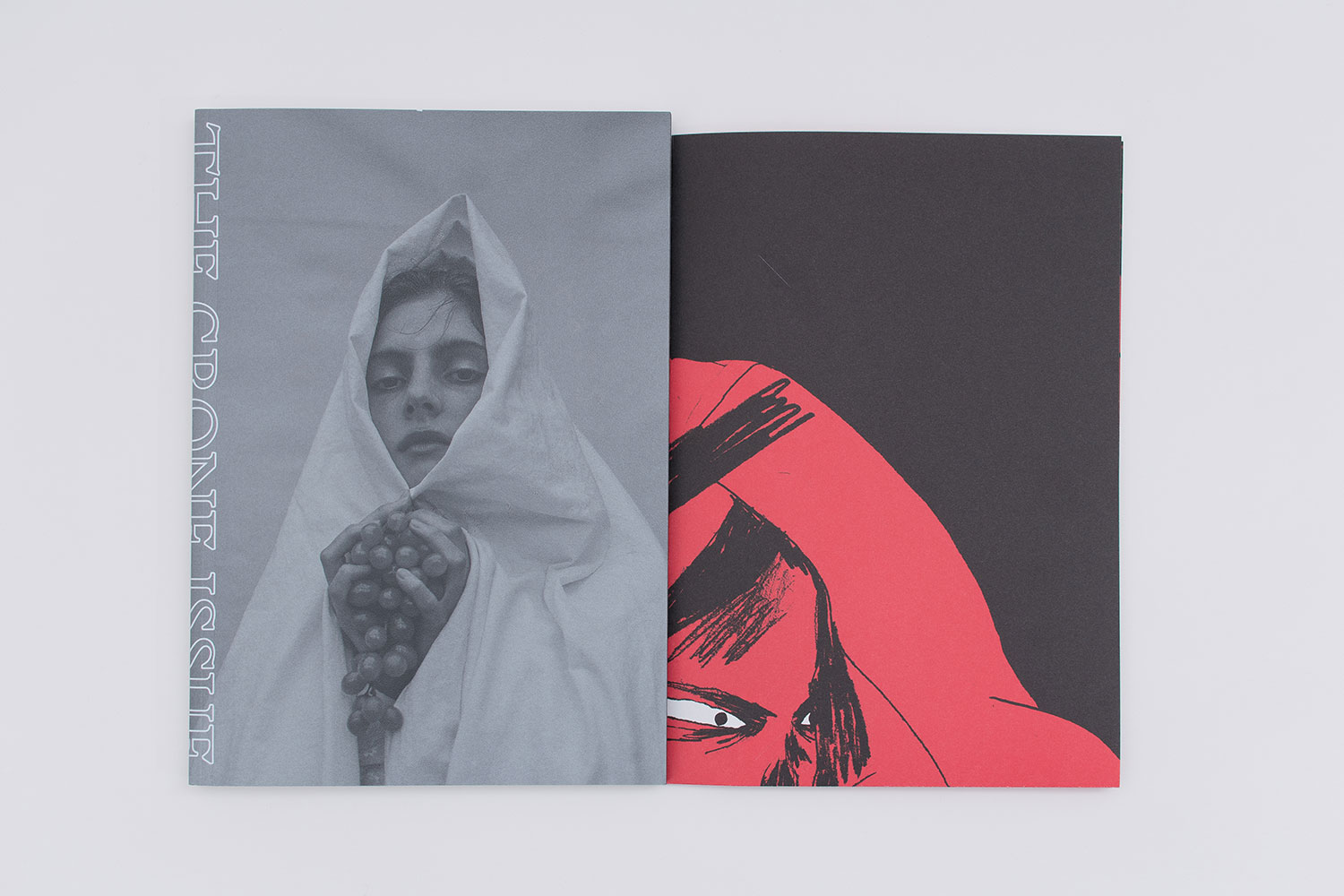 Including inserts contributes to interaction, playing and adds a surprise factor

We didn’t have any pressure from publishers or advertising companies to make the magazine more commercial or to fit it inside a marketable aesthetic.

Which are the articles you are proudest from a design point of view?

I really love the fold out poster from the Mother issue illustrated by Maria Torres and the #letitgo section from our most recent Crone issue.

The Crone article #letitgo, one of Elisabeth’s favourites

From your point of view, what are the motivations that make a woman embrace this type of life and culture? What can Wicca provide to witches lives in the present time?

For the girls that grow up today, this male-dominated world of insatiable consumption has an air of uncertainty, tragedy, even dystopia, about it. We appear to have an ocean of options, but at the same time: are we changing anything? Can we really be and do whatever we like? Do we have powers? Echoing the sentiments of a lot of women, the modern witch is informed of the structures that keep women in their place. She craves a less patriarchal and cynical world and uses new tools to hack the system. But she also offers us another, left hand path, one that is mystical and nature-orientated where we come into our own feminine power as women and witches. However ancient, witchcraft resonates with many values in contemporary society: individualism, gender equality, personal empowerment and environmentalism and becomes a surprisingly progressive passageway to spiritual enlightenment. 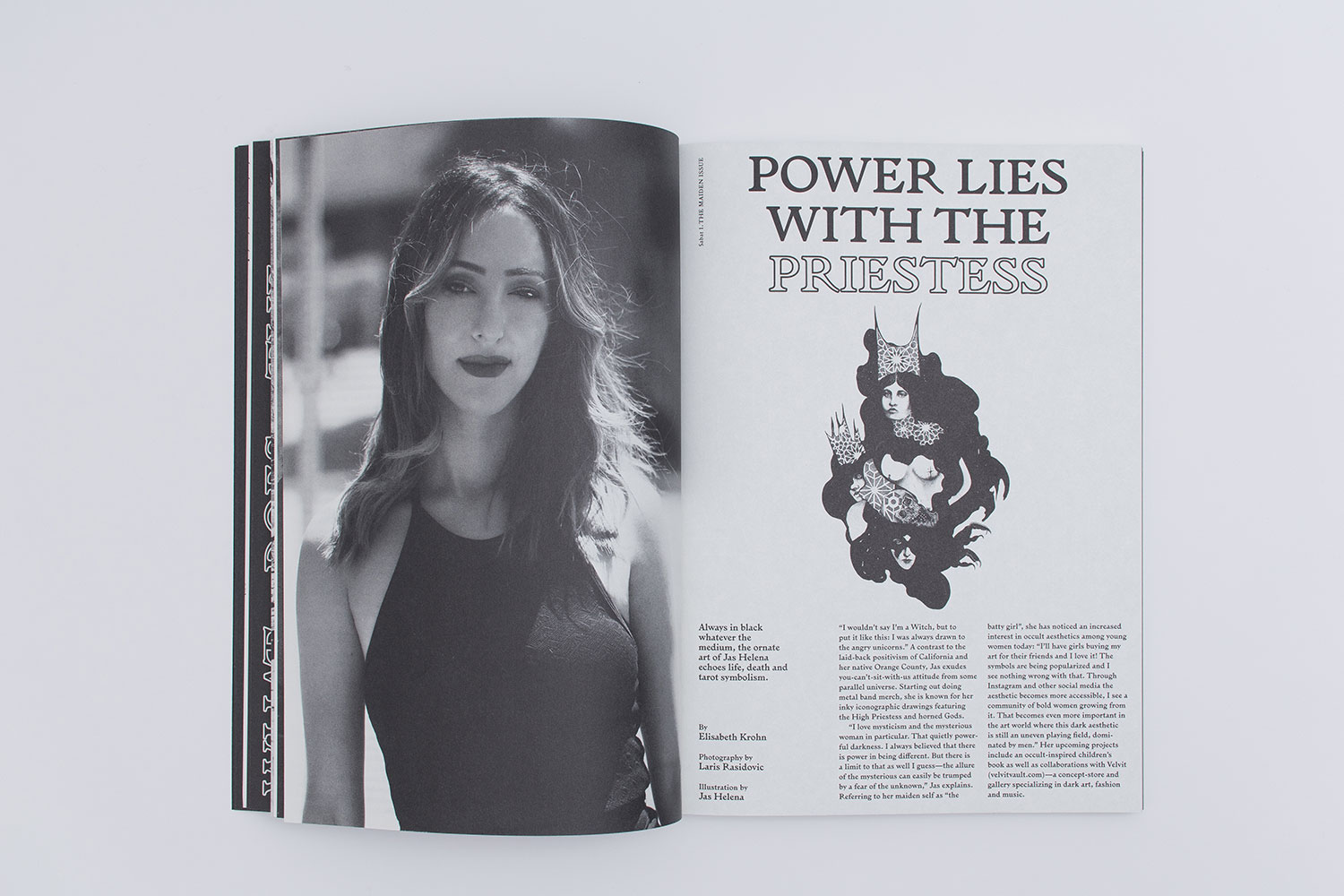 We appear to have an ocean of options, but at the same time: are we changing anything? Can we really be and do whatever we like? Do we have powers?

People often think that witchcraft is a practice that is usually carried lonely or in an isolated or hidden environment. To what extent a magazine like Sabat can help to break social taboos and help witches to build a community? Social networks such as Instagram have made easier for witches to show their daily life, principles, etc. Do you think that this exposure to the world has been positive? Are these women more sure about themselves feeling that they are part of a whole?

I think the internet and social media is a great tool to spread many (but maybe not all) aspects of witchcraft. Online witchcraft offers instant inspiration and information as well as a sense of community. There’s a very varied and vibrant world out there for the nascent sorceress – one that’s become a lot easier to enter into in the last decade. 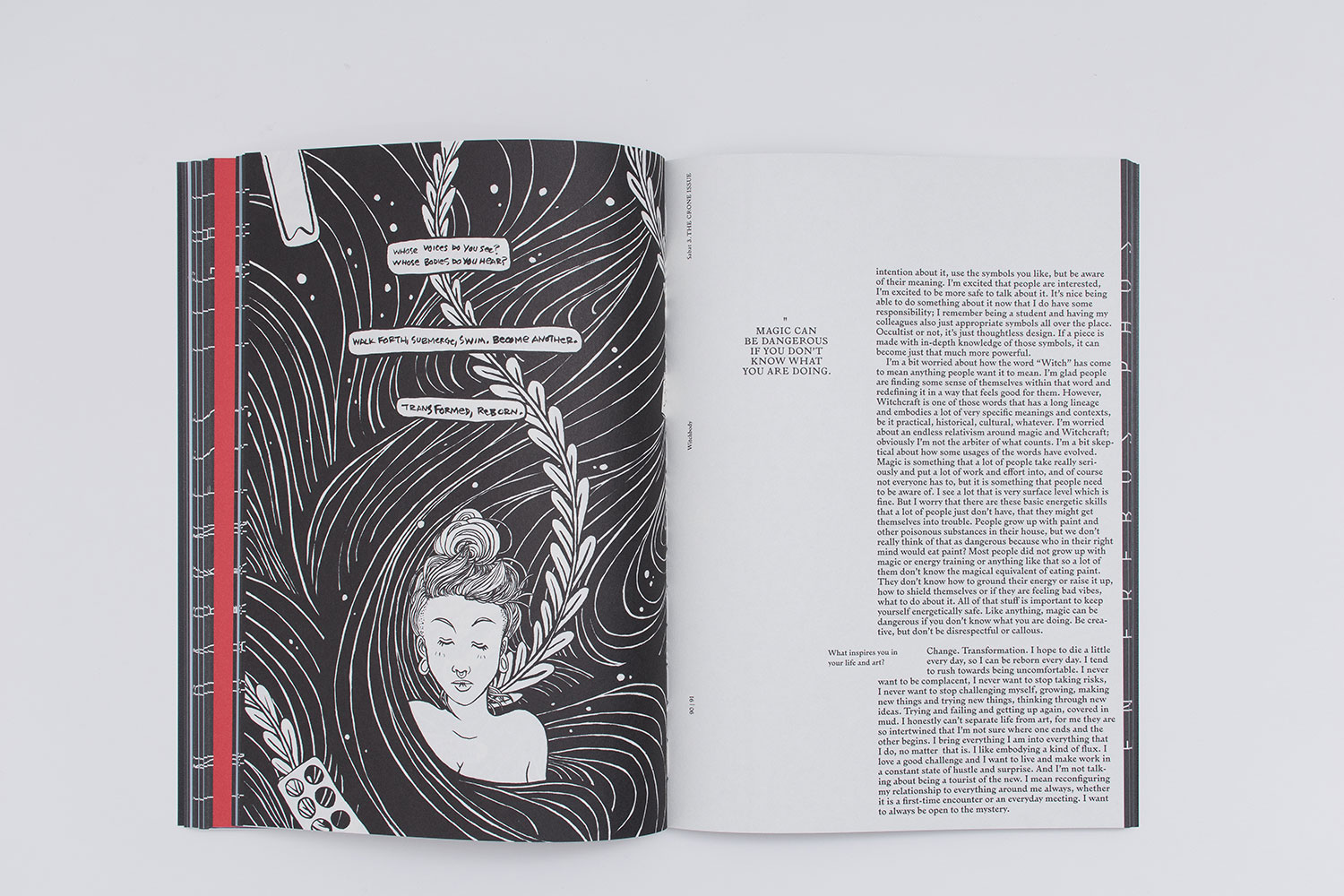 Talking about social networks… which profiles would you recommend to better understand feminism and its relation with every woman “dark side”?

The Hoodwitch @thehoodwitch by US witch Bri Luna is a good place to start to learn the basics of crystal and tarot work and astrology, I’d like to recommend our contributor @nyxturna for her aesthetics and politics! 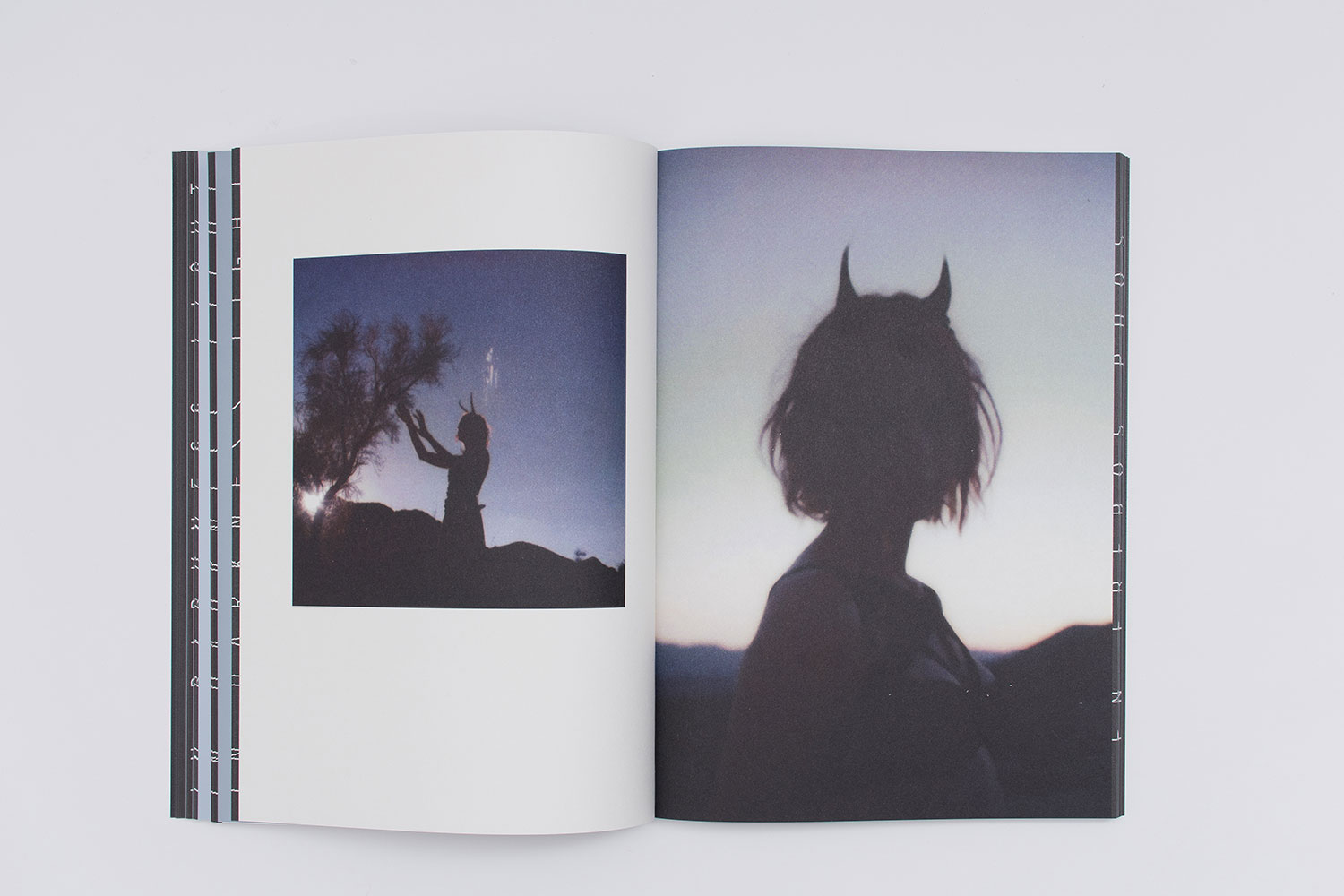 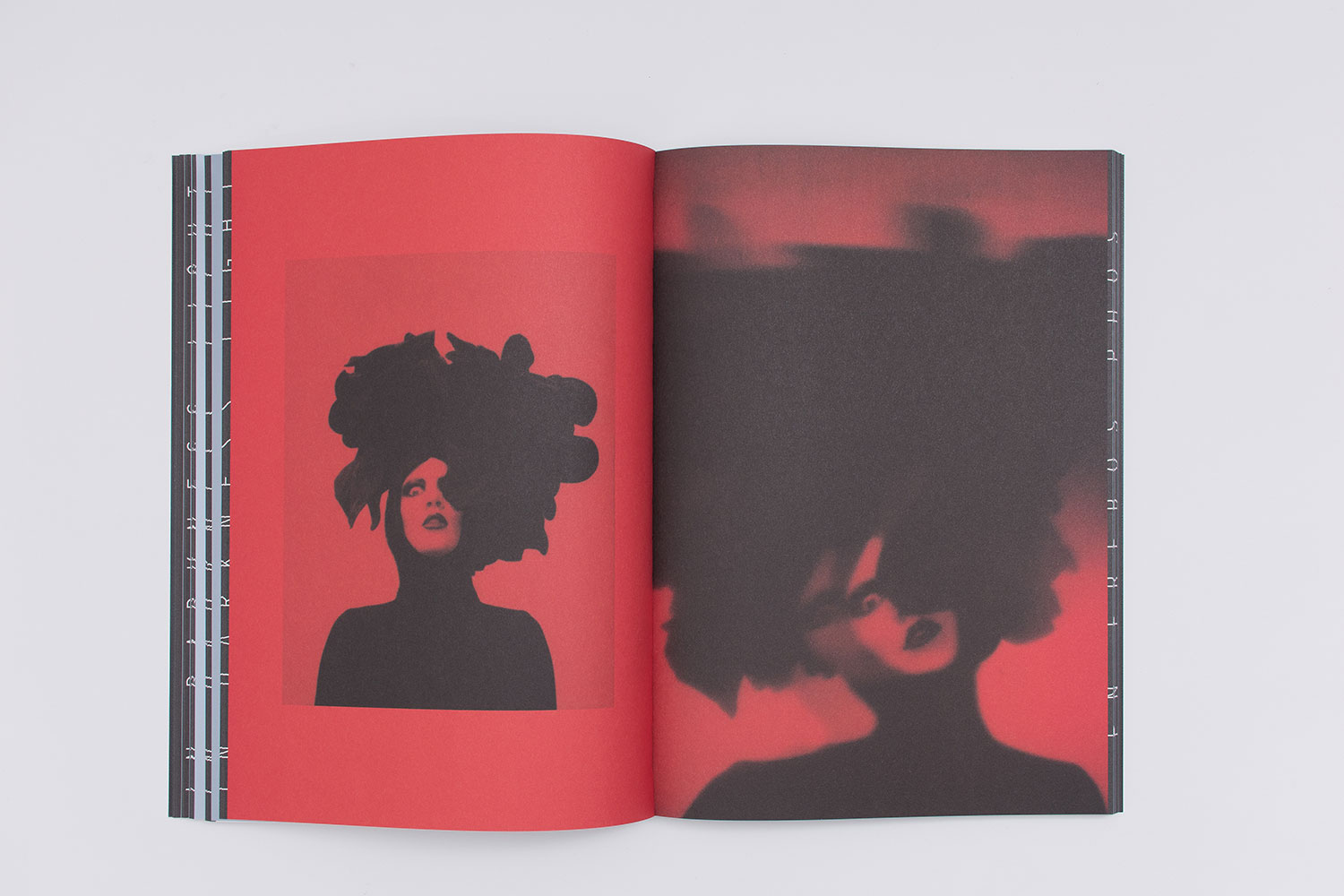 Do you think that the Triple Goddess (Maiden, Mother and Crone) belief reflects the women empowerment in each and every of their life phases?

I wanted to explore womanhood through these three lenses echoing the Neo-Pagan deity the Triple Goddess and the phases of the moon as I thought it would be an interesting way to approach the changing perspectives and new challenges that face us at various stages of female existence. It could also be an analogy for all the life-death-rebirth micro-cycles of our everyday lives. 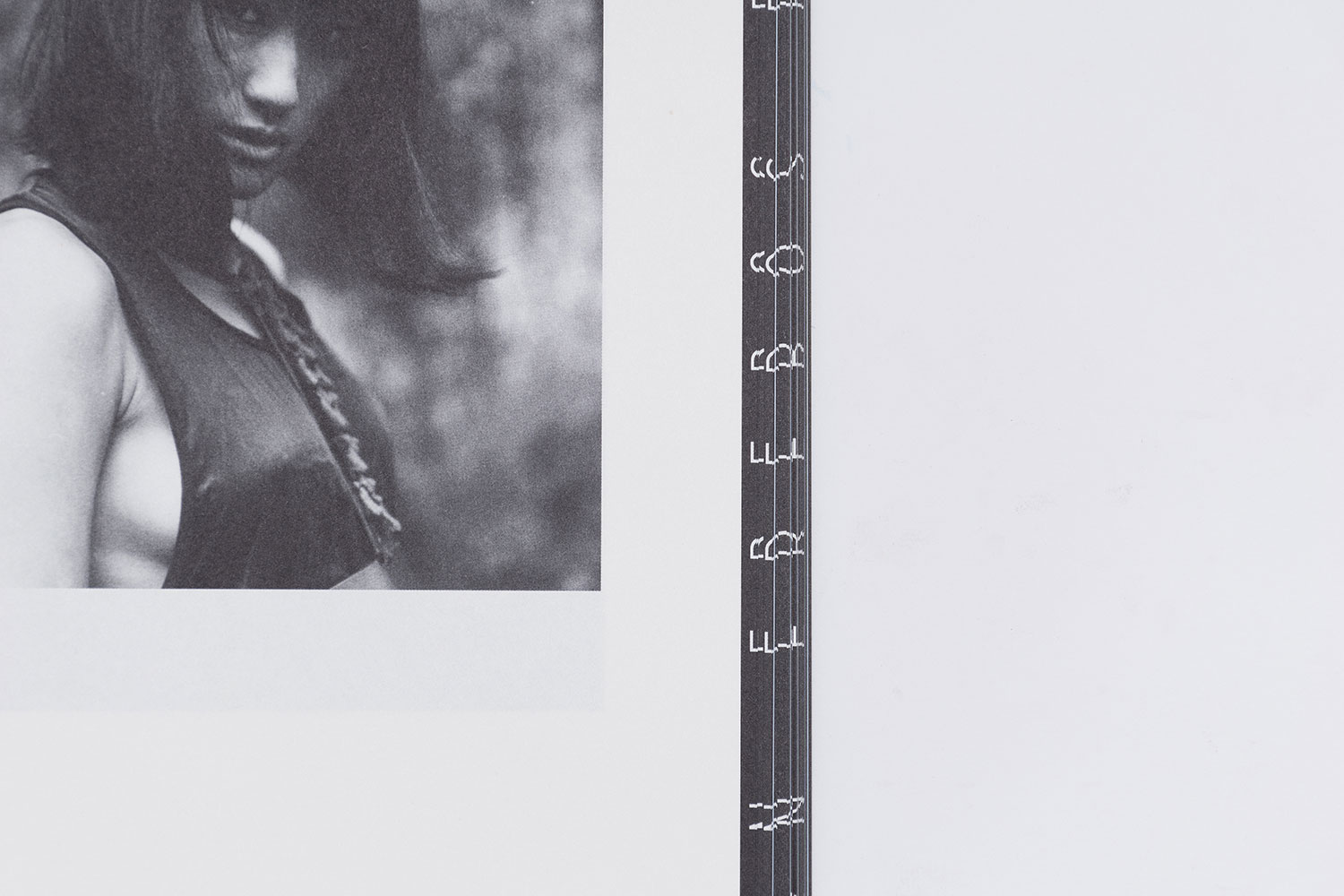 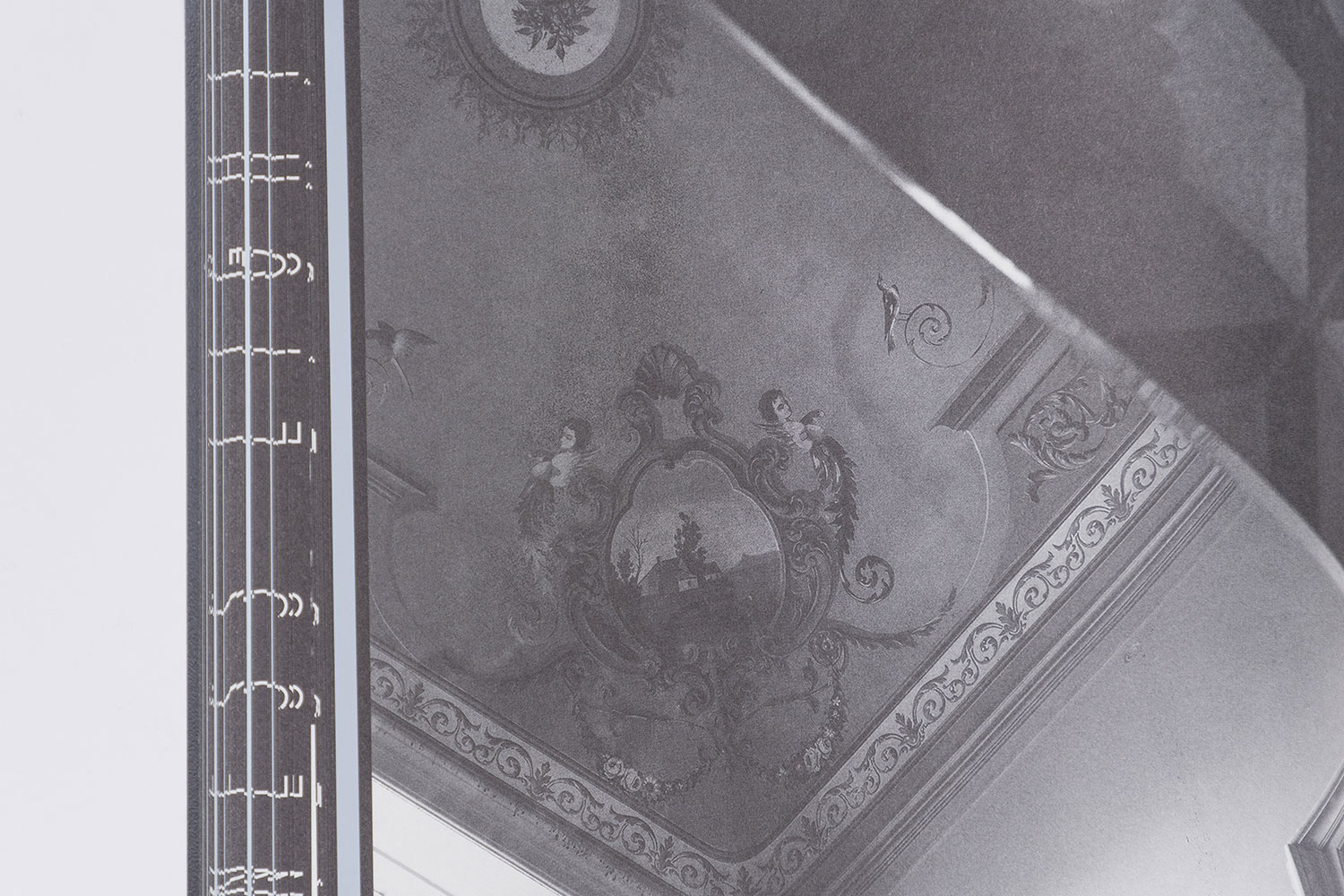 Hidden messages, another Sabat’s great design value. This time, in the magazine edges.

Your witchery vision is positive and luminous. Do you think that this position helps women to embrace liberation and freedom even if they don’t feel witches in every manifestation?

Yes – the witch is a powerful symbol of resistance, individuality and freedom to all women, not just the ones who identify as witches themselves.

Those who have fallen in love with Sabat (like ourselves) would like to believe that we can keep learning and enjoying more issues. What are your next projects now that this three issues cycle has ended?

We’re working on a Sabat reincarnation that will explore similar themes, although in a slightly different format – more news to come on that soon! 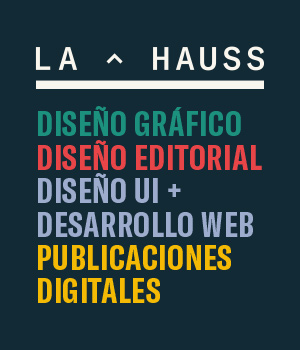 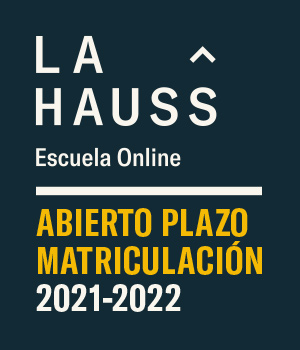